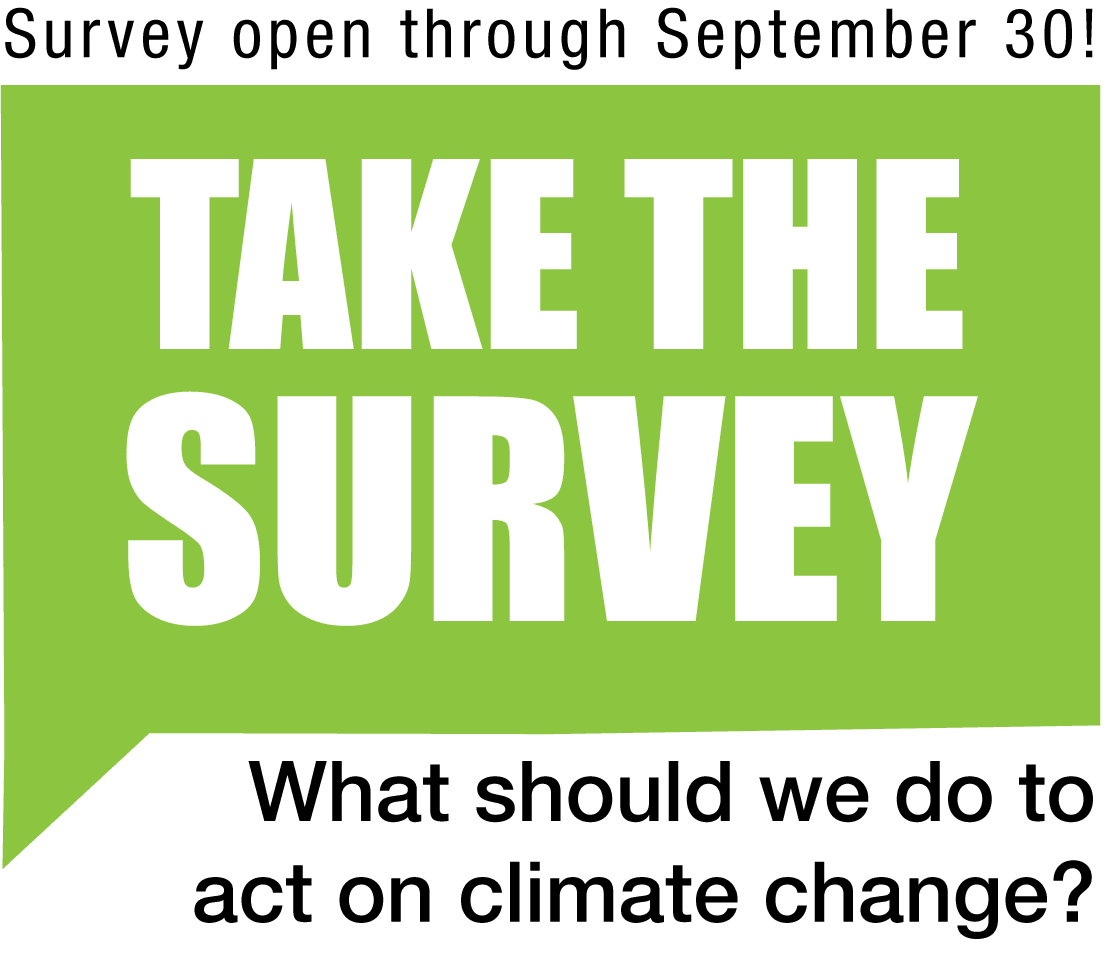 OLYMPIA, Wash. — Thurston County residents, workers, and visitors are invited to express their priorities for local action on climate change. A survey seeking community input on ways local communities should address climate change is now available through the end of September.

The governments of Thurston County, Lacey, Olympia, and Tumwater have partnered with Thurston Regional Planning Council (TRPC) to develop a Thurston Climate Mitigation Plan to identify actions that reduce local contributions to climate change. The project was initiated by the four governments to address the urgent threat and opportunity climate change poses to the region’s economy, public health, public safety, and environment.

The Thurston Climate Mitigation Plan builds on the work of the award-winning Thurston Climate Adaptation Plan adopted by TRPC in January 2018. The plan includes more than 90 climate “adaptation” actions to help Thurston County and the broader region prepare for and adjust to rising seas, stronger storms, deeper droughts, and other projected climate impacts.

The survey is open through September 30, 2019 – a link to the survey, as well as other project information, can be found at www.trpc.org/climate.

About the Thurston Climate Mitigation Plan

Climate change is already affecting our communities. Impacts like hotter summers, wildfire smoke and flooding affect our homes, health, and local business. Thurston County and the cities of Lacey, Olympia, and Tumwater are working on a plan to reduce greenhouse gas emissions from cars, buses, businesses, buildings, and other sources that contribute to climate change. They are also looking for ways that trees, plants, and soil can help reduce this pollution, while maintaining, and improving our quality of life. Learn more at www.trpc.org/climate