State law requires that structures in streams provide for fish passage. The 353 known fish passage barriers in Thurston County – road culverts, dams, dikes, and other obstructions – reduce the habitat available to fish, including salmon and steelhead. The inability of fish to access upstream spawning and rearing areas results in decreased production, and in some cases, eliminates fish populations altogether.

Over the last 20 years, at least 86 barriers were corrected in the County. Around 49% were on local roadways. This works out to about four corrections per year, and includes:

Local governments are responsible for around 161 of the total fish passage barriers identified in Thurston County. When local jurisdictions work on a culvert, they consult with the Washington State Department of Fish and Wildlife (WDFW) to determine whether their culvert work impacts a fish-bearing or potential fish-bearing stream.  A broader effort is also underway to update stream typing.  As partners learn more about the fish-bearing status of streams, the list of fish passage barriers will continue to grow.

While the region has not developed costs for all the identified barriers, the Fish Barrier Removal Board’s list of similar projects range from $200,000 to $5 million, with an $860,000 average. Based on those estimates, the cost to local Thurston County governments could be around $138 million, and may grow substantially as more culverts are added to the inventory. 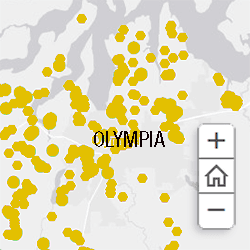 View the Fish Barriers Map to see the location and status of more than 350 fish passage barriers in Thurston County. 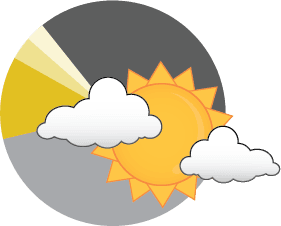 While much progress has been made to identify and map fish passage barriers, funding for barrier correction remains a challenge – and often comes in the form of competitive grants.

The County has identified 10-15 culverts for replacement based on: prioritization, ability to correct the barrier within the 2-year funding timeframe, and cost.

Washington State estimates the need for approximately $2.4 billion to correct hundreds of state-owned culverts by 2030 – or around $310 million per biennium.  In the 2015-2017 Biennium, WSDOT spent $87.5 million on stand-alone fish passage projects. While a substantial increase over the previous biennium’s funding level of $27 million, it still falls far short of the funds needed to meet the court’s intent.

The County’s recently developed prioritization process and project list will help in pursuing additional funding over coming years. However, with around 160 local fish passage barrier culverts remaining, under current funding, and with a similar level of effort, it would take more than 60 - 80 years to address all the barriers – a conservative estimate given the list of barriers continues to grow. 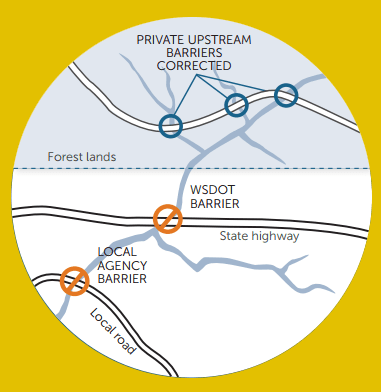 In 2013, a U.S. District Court injunction required that the state correct hundreds of state-owned culverts in much of Western Washington by 2030.  The court found that the fish passage barriers violate the treaties of more than 20 Western Washington Indian nations.  Although the ruling only applies to state culverts, it implicates local and private fish passage barriers downstream of state barrier culverts. 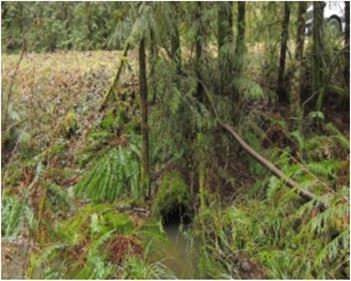 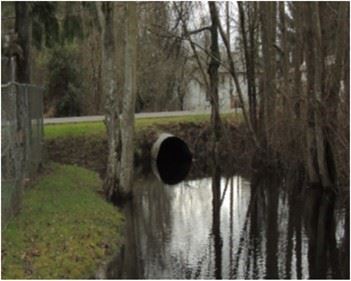 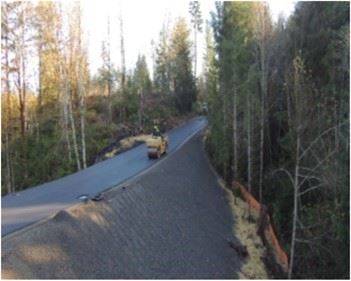 In addition to WSDOT’s efforts, Washington’s Legislature created the Fish Passage Barrier Removal Board in 2014 to foster coordinated and strategic removal of barriers to fish passage.  The Board made its first capital budget ask of $51.4 million for the 2017-19 state biennium to correct fish passage barriers throughout the state. The Governor, House, and Senate proposed capital budgets  included only $19.7 million for the upcoming biennium, with no Thurston County projects on the funded list.

While not necessarily the primary purpose, other state and federal programs can fund fish passage barrier projects, including state programs such as Floodplains by Design WWRP, Puget Sound Acquisition and Restoration, and the Estuary and Salmon Recovery Program.

The Fish Passage Barrier Removal Board is charged with prioritizing projects and watersheds for fish passage barrier correction based on:


County and city public works should: